On Friday night, OnMilwaukee publisher Andy Tarnoff brought his 9-year-old daughter Mara to see George Clinton at The Pabst Theater for her first real concert, and thus, her first concert review for OnMilwaukee. Here's Mara's take on the '70s funk icon. (Her dad thinks the review is pretty spot-on.)

OnMilwaukee's second generation is school age now, ranging from newborn to 15 years old. Occasionally, some of these kids will contribute their thoughts to the site that is older than they are. This commentary was written by 9-year-old Mara, who is the daughter of publisher Andy Tarnoff.

"No more rainbow hair," said a younger man on stage, pointing to his boss, George Clinton. But he’s still got it. Welcome to the Parliament, P-Funk, Funkadelic and George Clinton concert review.

The band brought the funk to the Pabst Theater Friday night. To start this review I am going to talk about the band’s costumes. One backup dancer had a black bikini bra and black poofy tutu. One woman on stage had pink hair and a princess outfit with a white see through cape. A really good woman singer on stage had a red bikini bra on with blue ripped up shorts and metal silver boots.

But before we start, the opening band was really bad.

Another question we had was, "How many people were on stage?" There were 13 people on stage altogether, but the woman with the princess outfit kept leaving the stage and coming back on.

Does George Clinton look old? No, but he did sit in his chair a lot. He watched his band and joined in a bit. 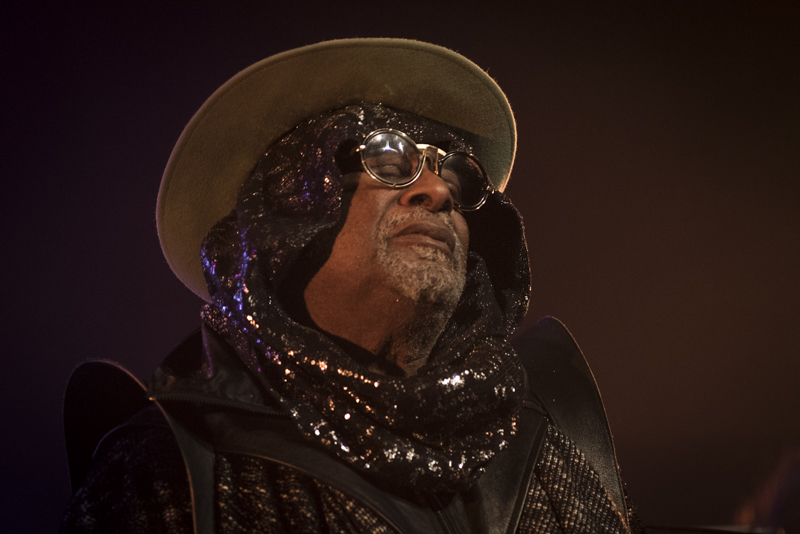 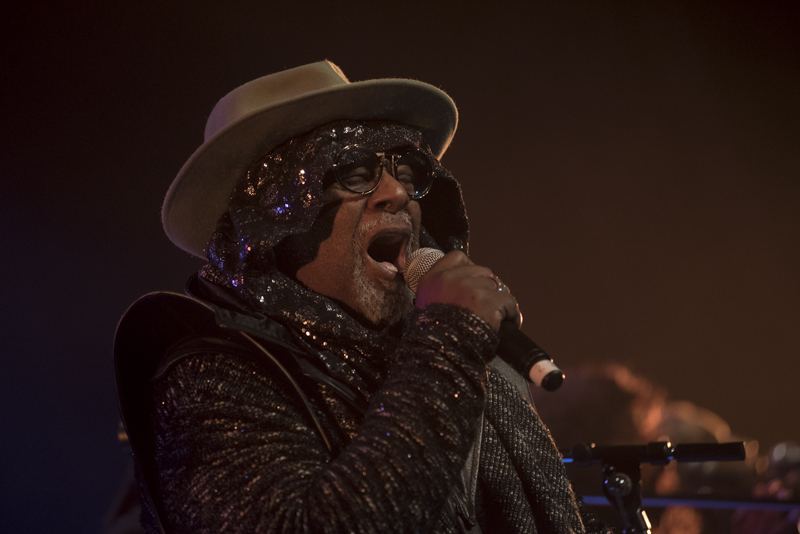 In the concert I recognized eight songs. Some of the songs I knew were, "Give Up The Funk" and "Flashlight." The songs sounded different – loud, but good.

Some things the band did and said were: "Say what?!" They also pulled a woman with a white dress on stage and started dancing with her. The woman wearing the princess outfit bent down near the crowd and waved her hand close to her butt toward the people.

The crowd had a mix of white people and black people. The bottom level was full. The second level (which I was in) was not that full. And the top level was not even close to being full.

There were about two hours of the show, and my ears were ringing when we left, even though I was wearing earplugs.

George Clinton in the house.

It looked like one guy in the band had pipecleaners in his hair to make it crazy and bendable.

"Was it child appropriate?" Of course it was! Besides it’s not like your children have not heard the F bomb before!

And now for the question you’ve all been waiting for: Did I like it?????

I think it was a great first grown up concert for me. My dad took me to this amazing concert. I suggest next time George Clinton is in town you see him, too! 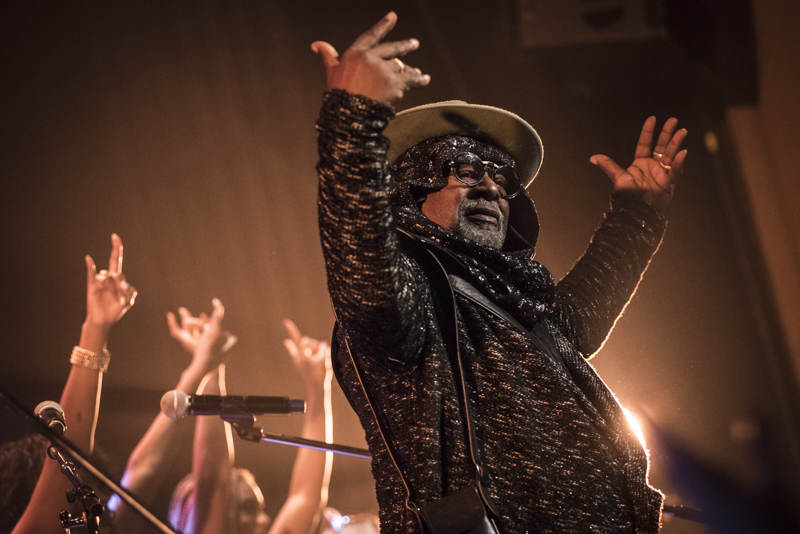 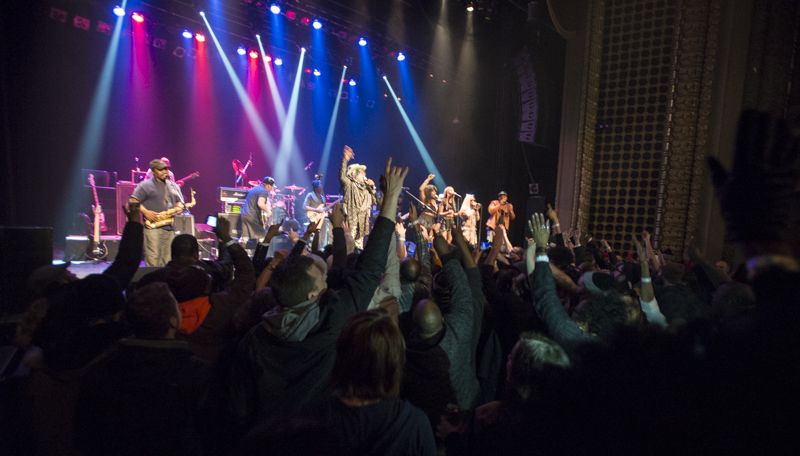 Table for two at The Noble

Table for two at Odd Duck