You don't have to step inside the former Warner Grand Theater, 212 W. Wisconsin Ave., to see progress is being made on the transformation of the 1930 art deco movie house into a new concert hall for the Milwaukee Symphony Orchestra. But we went in anyway.

You don’t have to step inside the former Warner Grand Theater, 212 W. Wisconsin Ave., to see progress is being made on the transformation of the 1930 art deco movie house into a new concert hall for the Milwaukee Symphony Orchestra.

The building on the corner, which had been home to Wrigleys Restaurant, Holloway House Cafeteria, Arby’s, Burger King and lots of other eateries across the decades, has now been removed to make room for a new building that is part of the MSO plan: 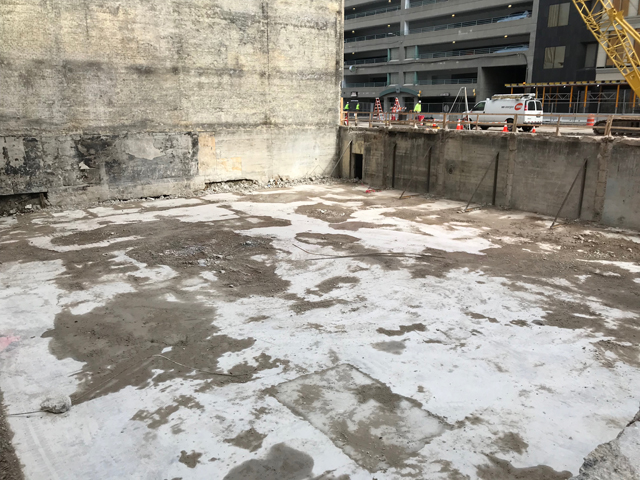 You can see renderings, created by architects Kahler-Slater, here.

The MSO officially broke ground on the project in June.

Preparatory work has also begun to move the east wall of the theater out 35 feet toward 2nd Street – which is closed for traffic during the project – including removing terra cotta balconettes and other details for safekeeping: 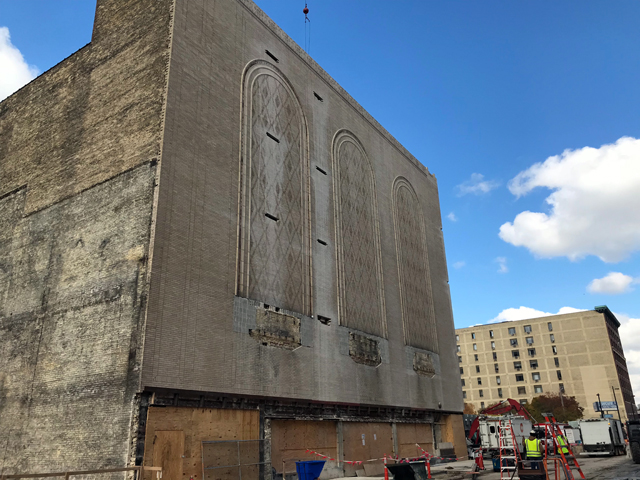 Inside, the stage is gone, as is the roof above it – again in preparation for moving that wall, which is behind the stage: 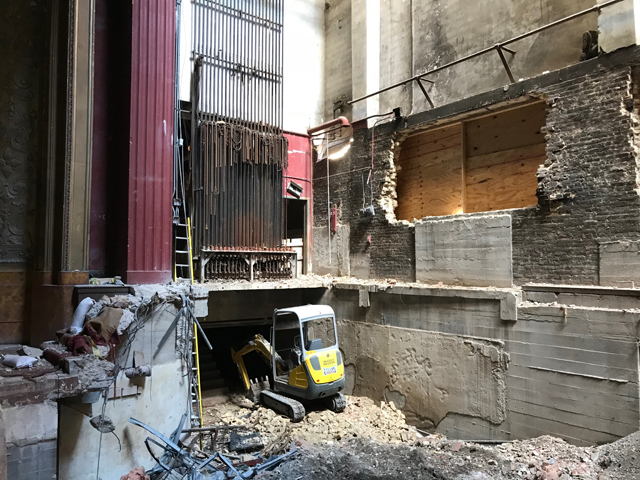 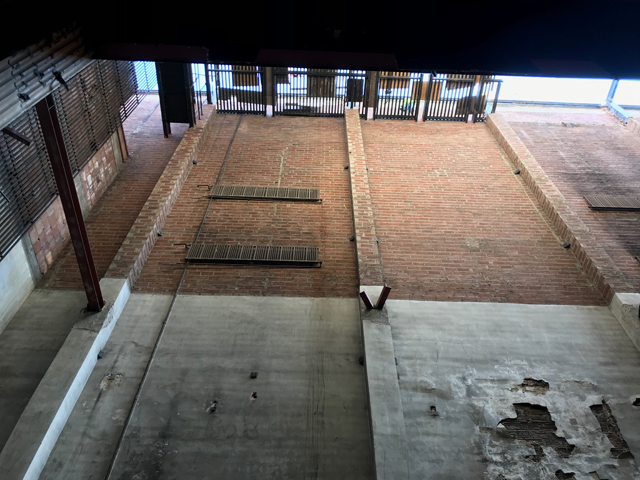 The first-floor projection room built when the theater was split in two has been removed, exposing unseen murals and other detail work: 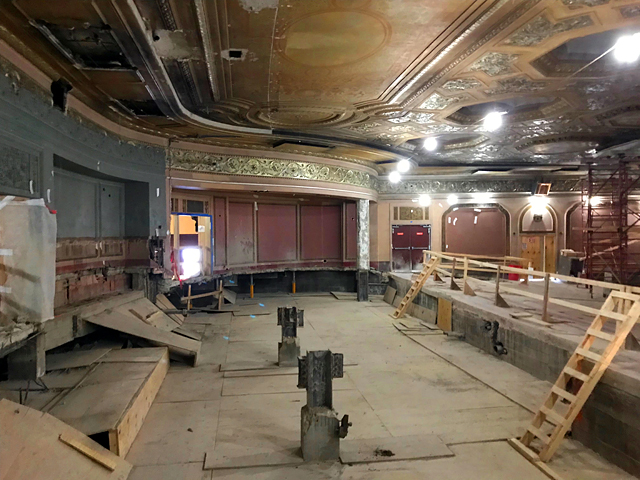 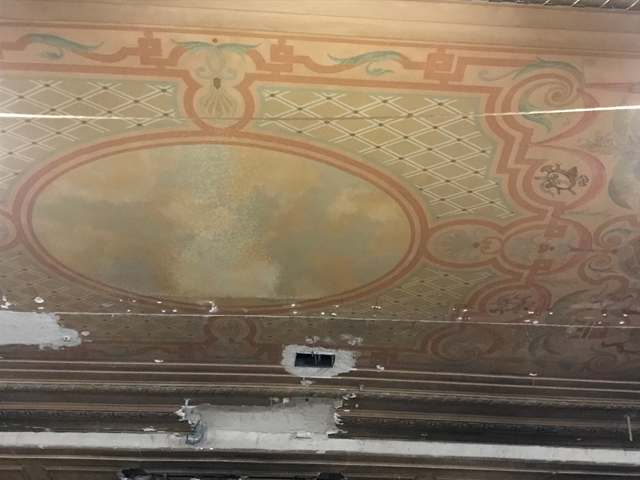 A staircase between the first and second floor lobbies, walled up at the same time has been reopened: 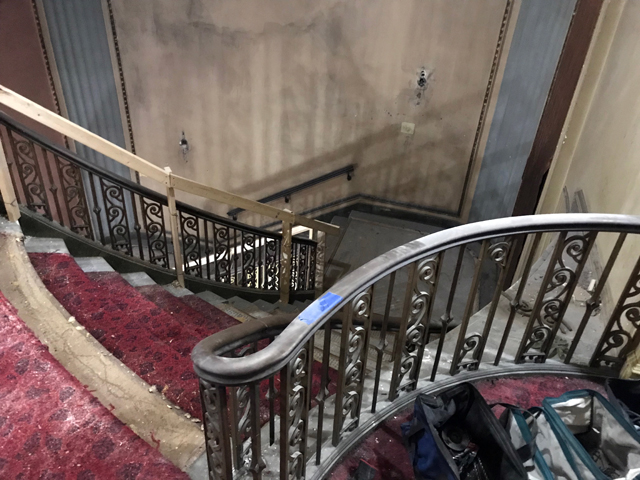 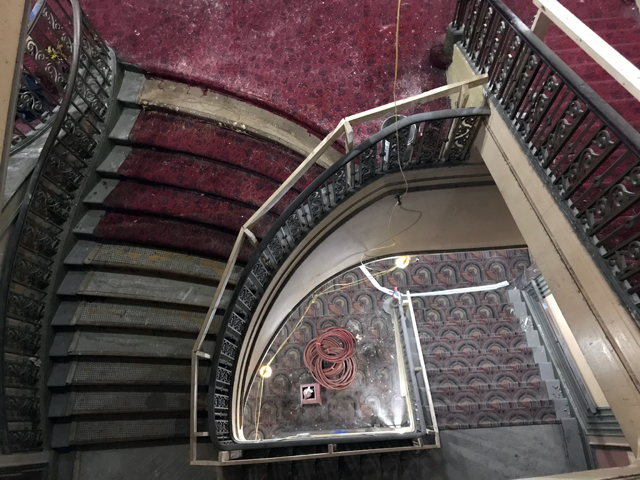 A wall erected near the lobby staircase to install a concession stand, presumably in the 1970s, has also been removed: 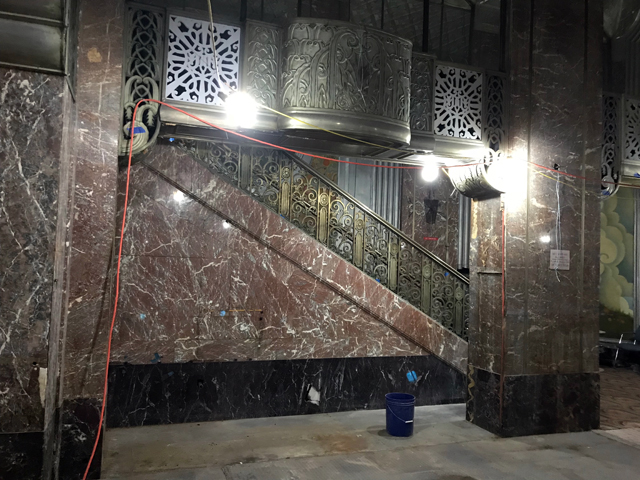 The light fixtures throughout have been removed and sent to a St. Louis firm for restoration, and in some of the most interesting developments, Milwaukee’s Conrad Schmitt studios has been doing some spot cleaning and restoration work – including one of the lobby murals, some of the lobby metalwork, lower level woodwork, balcony level lobby wall paint and more – as test runs to make sure the techniques and methods will be OK’d by the National Parks Service, which must approve all of these things in order for the project to receive historic tax credits: 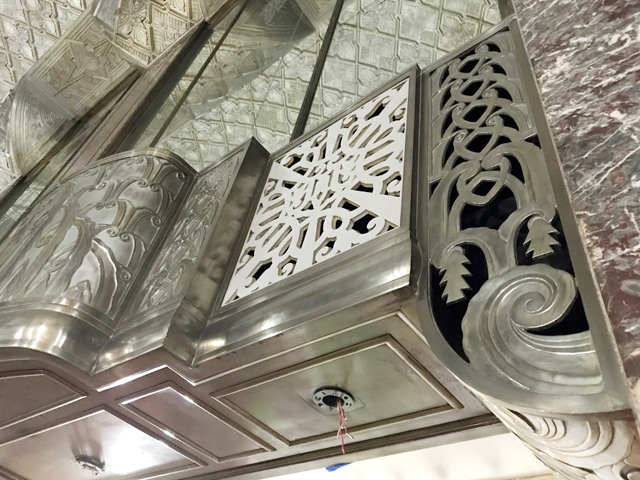 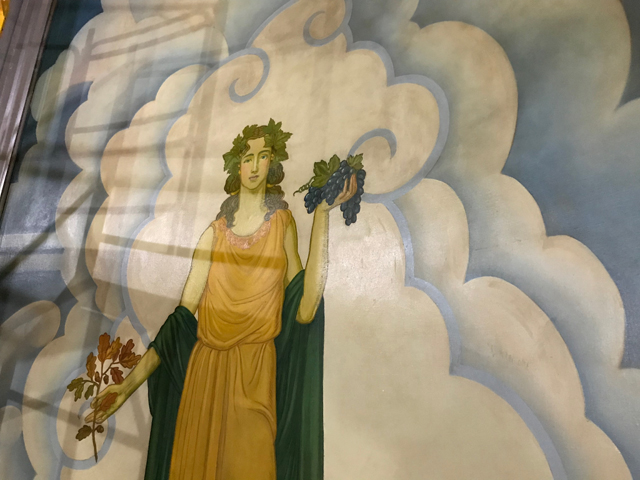 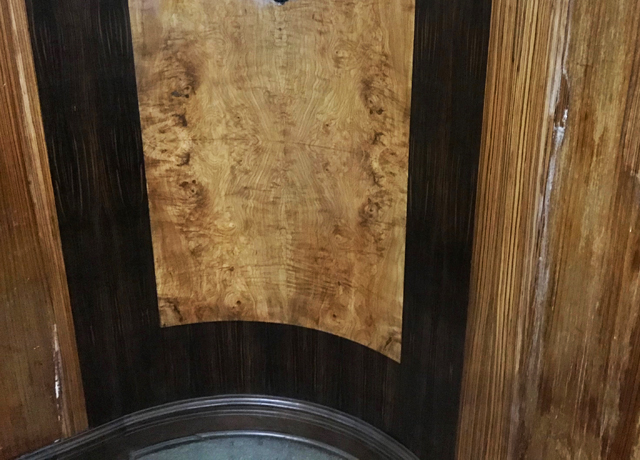 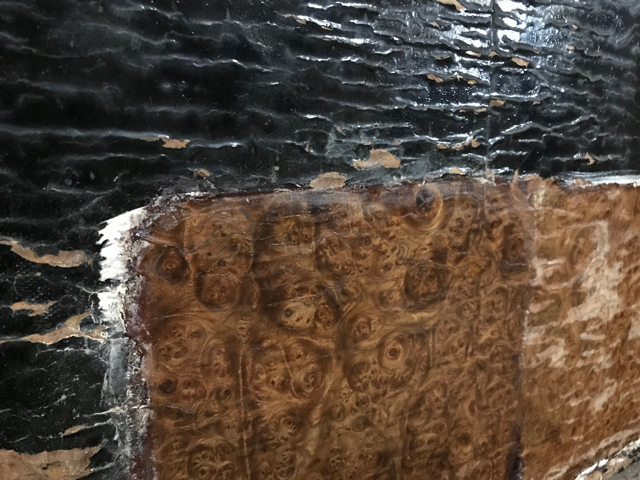 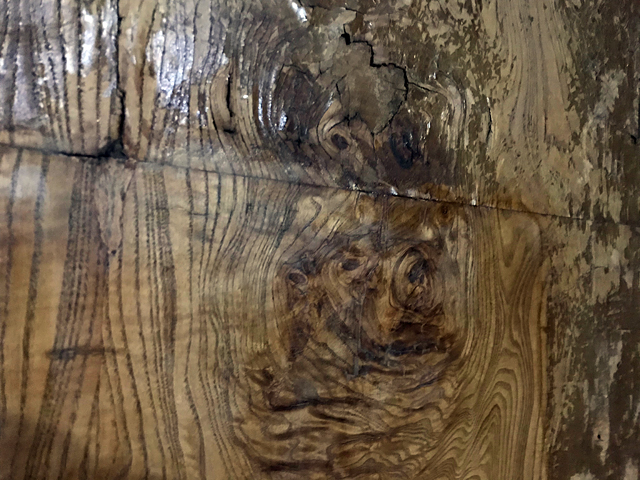 According to MSO’s Erin Kogler, the project is on schedule, and her colleague Celeste Baldassare says that about $112 million of the orchestra’s $139 million campaign – which will fund the project but also create an endowment – has already been raised.

The theater transformation is slated to be complete by summer 2020, with a projected opening that September. Stay tuned as we will continue to go inside and update you on the project to remake one of the city’s last surviving movie palaces.

Living life musically: A conversation with the MSO's Megumi Kanda