The 2018 County Budget includes language that could lead Milwaukee County Parks to charge a fee to park - via the installation of parking meters - in Milwaukee's green necklace of parks. Have your say at a public input meeting next Tuesday at The Domes.

The 2018 County Budget includes language that could lead Milwaukee County Parks to charge a fee to park – via the installation of parking meters – in Milwaukee’s green necklace of parks, including along Lincoln Memorial Drive.

Last week, the county's parks committee held a meeting about the idea and next week will host another. That meeting, at The Domes annex, is Tuesday, Feb. 6 from 6 until 7:30 p.m.

County Executive Chris Abele and County Parks staff are exploring several options – including the meter plan – to increase revenue in the parks to fund operations and maintenance.

"The County Board added language (to the budget) to make them seek public input and bring the final proposal to the board before paid parking could be put into place," said 14th District County Supervisor Jason Haas, who is chair of the County Board's Parks, Energy and Environment committee. "The public is vocally opposed to this. We want to hear more ideas from the public."

Preserve Our Parks has been following the issue closely and has posted detailed information about it on its website:

When this unfortunate idea was presented by County Executive Chris Abele in his version of the 2018 budget, many thought there was no way the County Board would go along with it. Sadly, they did. To make matters worse, the budget did not include any working capital to accomplish this task. A small Pay-to-Park Workgroup (NOTE: OnMilwaukee's Jeff Sherman is a member) was commissioned through the budget to study the paid-parking issue and make recommendations to the County Board.

Abele said, "At listening sessions throughout the budget planning process we heard repeatedly from members of the public who said they did not want to see cuts in our parks system, our transit system or to public safety and social services. Having heard the public’s input, and faced with a decision to either cut services or increase revenues, I made the difficult decision to increase revenues.

"We first found nearly $30 million in savings and efficiencies throughout the county’s budget before turning to new revenue, but even that didn’t do enough to cover our structural deficit. That is why my budget proposed a $60 vehicle registration fee – the same amount that independent fiscal experts in 2016 confirmed was necessary to prevent service cuts – and also a dedicated source of revenue for County Parks. Paid parking throughout the county would not have been my first choice for new revenue, but our options are extremely limited."

Because the pay-to-park revenue is included in the budget, which was adopted, not implementing the plan means the money it would generate must either be raised somehow – user fees, property taxes, a wheel tax, etc. – or that same amount must be cut from the budget.

"The County Board approved the paid parking revenue, $1.6 million, by a 15-3 vote," Abele said. "If they now vote to reverse their decision on paid parking, it will force an additional $1.6 million in budget cuts to the parks department. That will be a total of $17.3 million that the Board will have cut from my proposed budget, and $2 million in cuts just from the Parks Department." 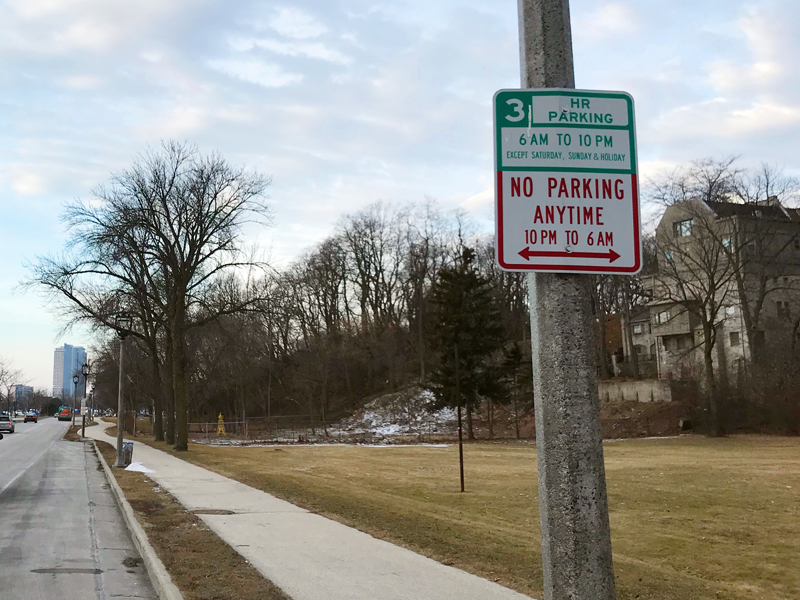 Should the County install meters along Lincoln Memorial Drive and in parks to boost revenue?

"I am opposed to creating paid parking," said Haas. "I think parks usage would decline if we made people pay to use them. I think having metered parking would push more people out onto the street, which would cause its own issues."

But, Haas agreed, funding for the parks remains an issue.

"Our parks are primarily paid for from property taxes," he said. "There's a whole slew of issues with that model. I think getting parks – and publicly funded transit and emergency medical services – off property taxes and onto some dedicated funding would be very helpful. All of our maintenance backlog, the cuts and imbalance in services over the past years may be addressed through changing the funding source. This is what voters said OK to 10 years ago. The problems have persisted and deepened since then.

"We didn't get dedicated funding 10 years ago, and we need it now more than ever. I don't think the current state legislature is going to approve it. All the debate about the wheel tax has been in direct response to the lack of dedicated funding. The state cuts our shared revenue, and we either need to make up for those reductions with service cuts, layoffs or increasing revenue from somewhere else."

Haas said that he believes there is minimal support among board members for implementing paid parking in the County Parks.

"We have yet to see any actual proposal to charge for parking," he said, adding, "If the vote was today I doubt it would pass."

If there's one thing everyone can agree upon, it's that cuts to the parks would be terrible.

"This is what we are trying to avoid," Abele said. "Preserving our Parks for future generations and ensuring liberal public access to our abundant natural resources has always been one of my highest priorities, but in order to do this, we need a sustainable source of revenue."

Where the controversy lies is in finding that source.

Have your say by attending the meeting on Tuesday at The Domes.