JoJo Siwa puts some glitter on it

JoJo Siwa brought her worldwide party to Milwaukee's BMO Harris Pavilion Sunday night. One of the main reasons I wanted to see her perform was because when I was 9, I decided to write fan mail to a bunch of different celebrities, JoJo Siwa included. And JoJo Siwa actually responded to my fan mail!

OnMilwaukee's second generation is school age now, ranging from newborn to 15 years old. Occasionally, some of these kids will contribute their thoughts to the site that is older than they are. This commentary was written by 10-year-old Mara, who is the daughter of publisher Andy Tarnoff.

JoJo Siwa brought her worldwide party to Milwaukee’s BMO Harris Pavilion Sunday night. One of the main reasons I wanted to see her perform was because when I was 9, I decided to write fan mail to a bunch of different celebrities, JoJo Siwa included. And JoJo Siwa actually responded to my fan mail! I still have her awesome letter!

At her show, it seemed like JoJo had about 8 million costume changes, and all of her costumes included glitter. One of her costumes was a baseball uniform. And for the grand finally, she was dressed up like a pom pom.

The Belles were JoJo’s opening act. They were really good! If you like really low-key bands, you should definitely see them. I know I liked them. They had a "country-girl" act going for them. The Belles are actually a mother-daughter duo. They did a mix of cover songs and their own songs. The mom pretended to be strumming the strings of her acoustic guitar. 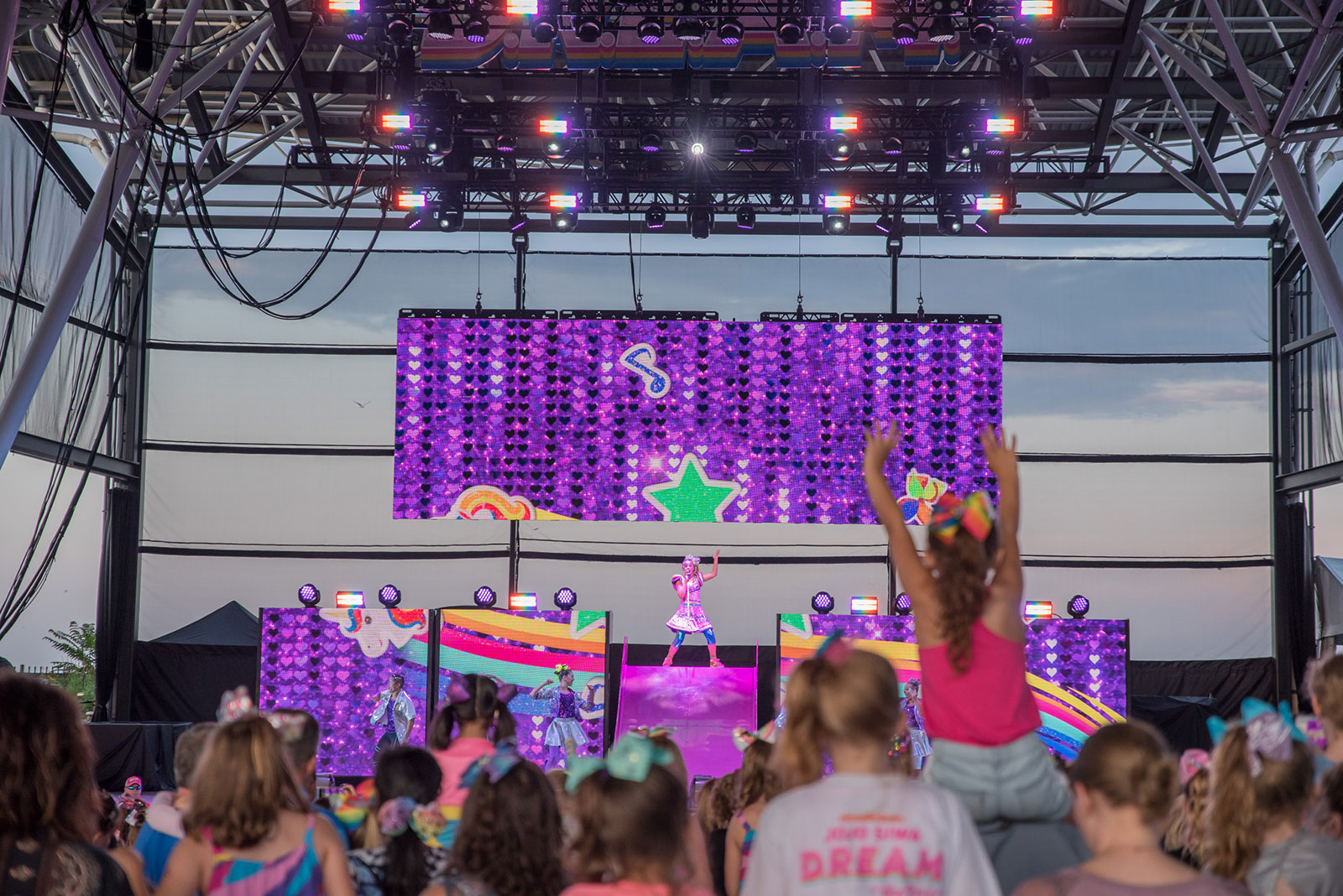 JoJo played 17 different songs. Some were her own, and some were covers. My top three favorites were "Only Getting Better," "Every Girl’s a Super Girl" and High Top Shoes. Throughout the concert, JoJo Siwa hyped up the crowd by having us go on an adventure to Dream Land. At the end of the concert, we made it to Dream Land! JoJo welcomed us to Dream Land by singing her hit song, "D.R.E.A.M.!"

The audience was filled with a bunch of 7-year-olds, and I was probably one of the oldest girls there. Moms were getting WAY to into the concert. Most of them wore bows, but some even wore JoJo merch. A bunch of girls were wearing the same outfits. The audience was hyped pretty easily. 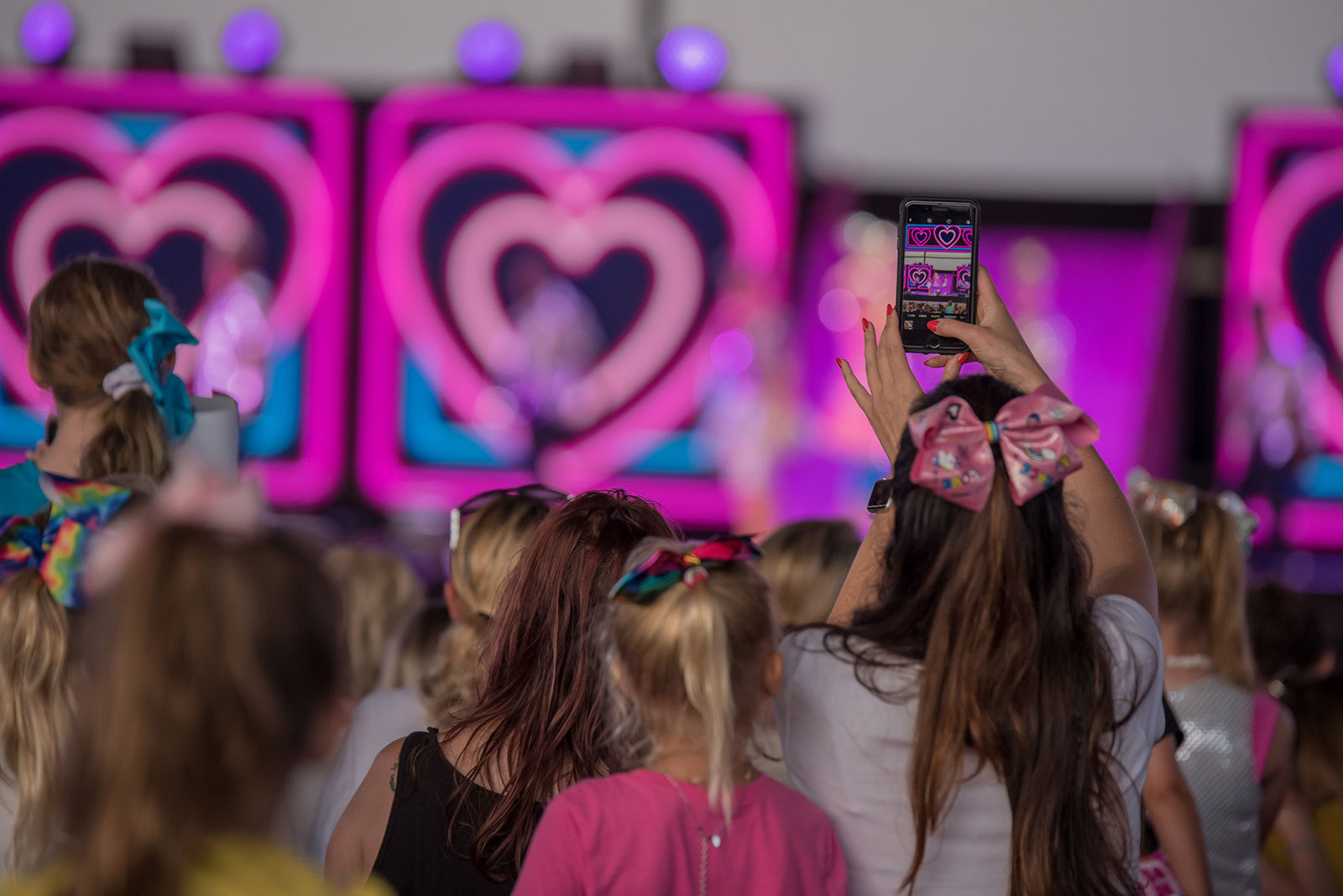 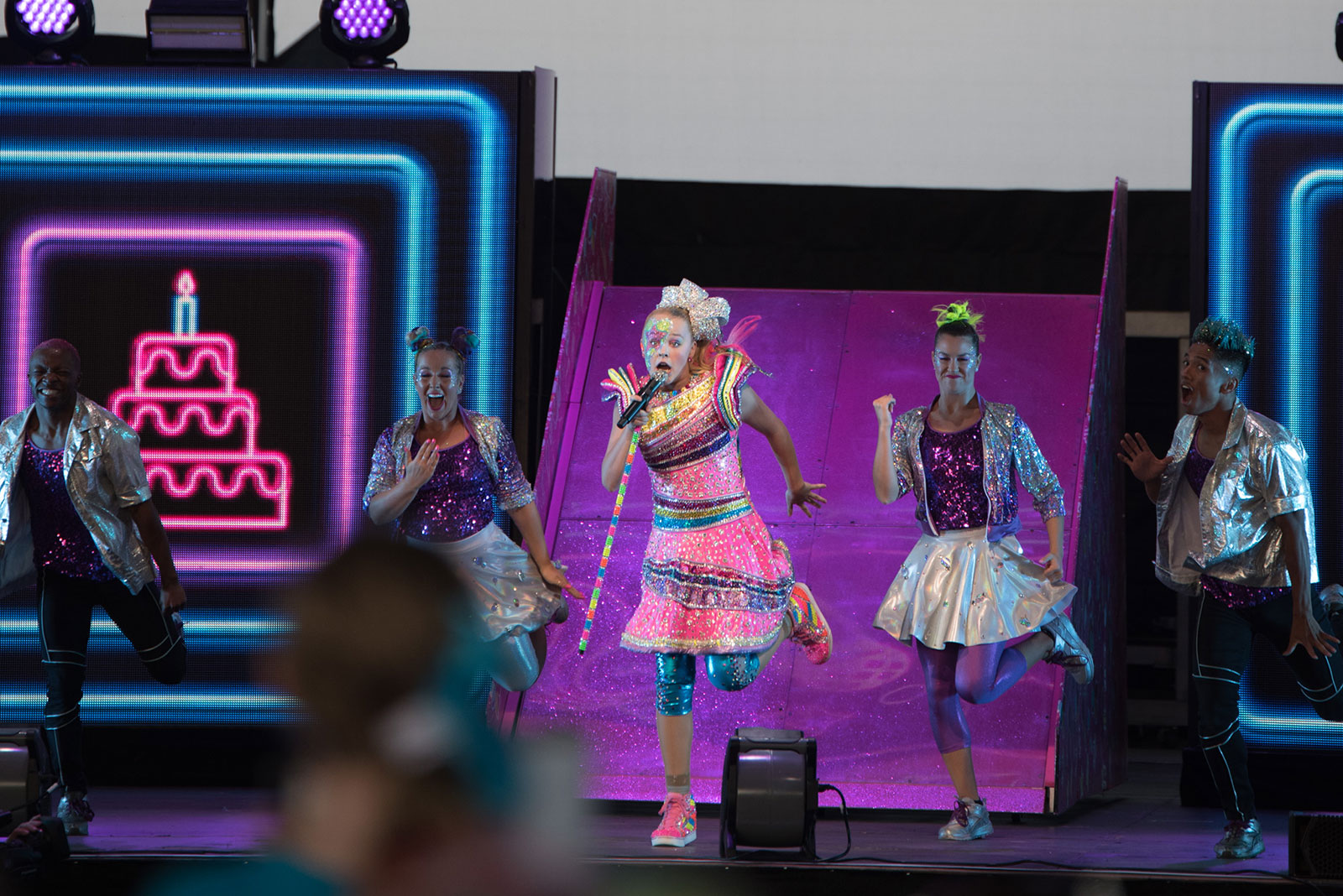 I noticed a lot of random details during the show. Here are some of them:

And now for my opinions:

Personally, I thought it was pretty loud, but I have to admit, she knows how to put on a good show! She kept the audience entertained and excited by having us travel to Dream Land. If you are a JoJo Siwa fan, I definitely encourage you to go and see her!

Worldwide Party
It's Time to Celebrate
My Story
Hold the Drama
Every Girl's a Super Girl
I Want Candy /Tootsie Roll
Kid in a Candy Store
Everyday Popstars
Take Me Out to the Ball Game
High Top Shoes
Only Getting Better
#1U
Who Let the Dogs Out
A Friend Like Bow Bow
Bop!
D.R.E.A.M. 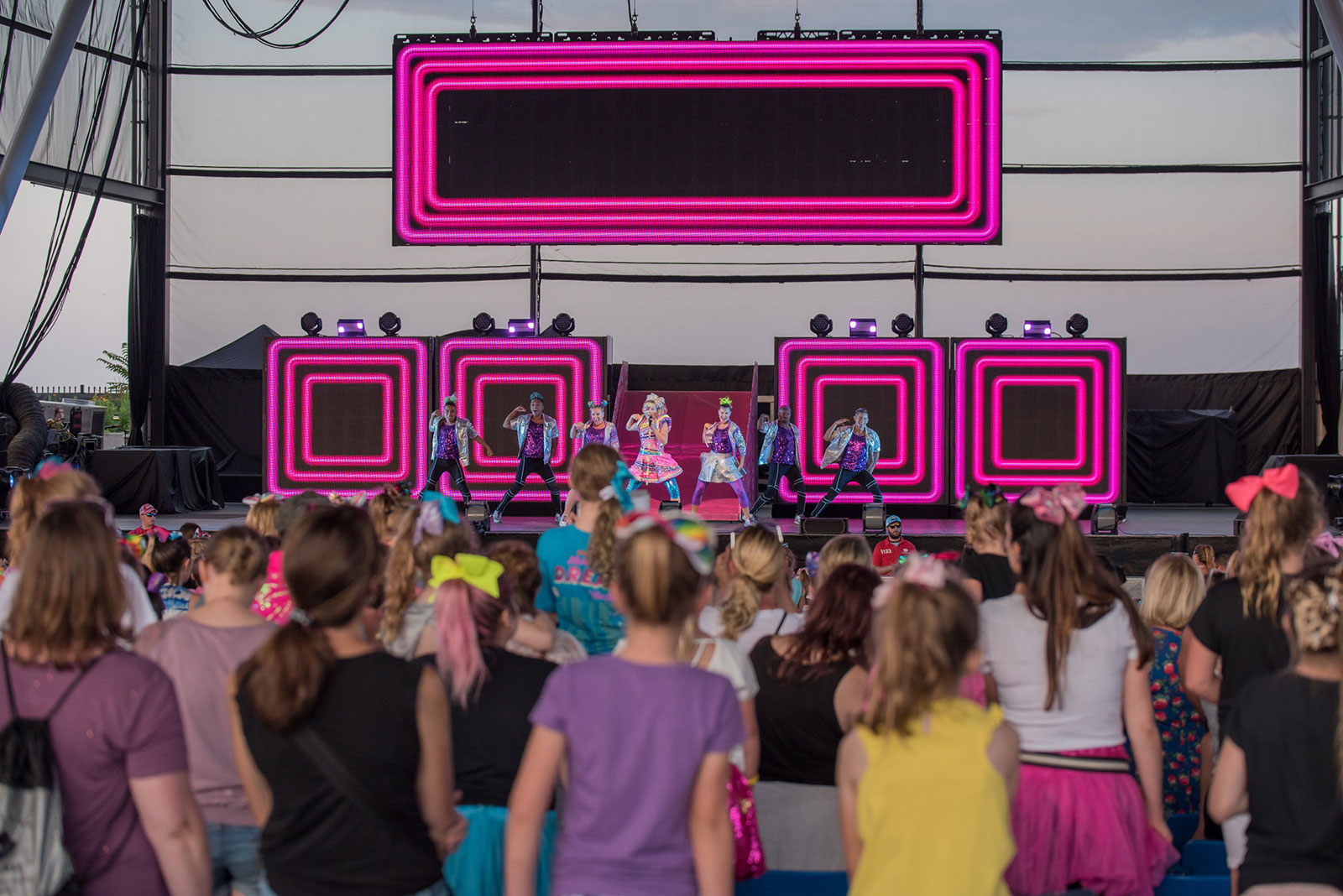 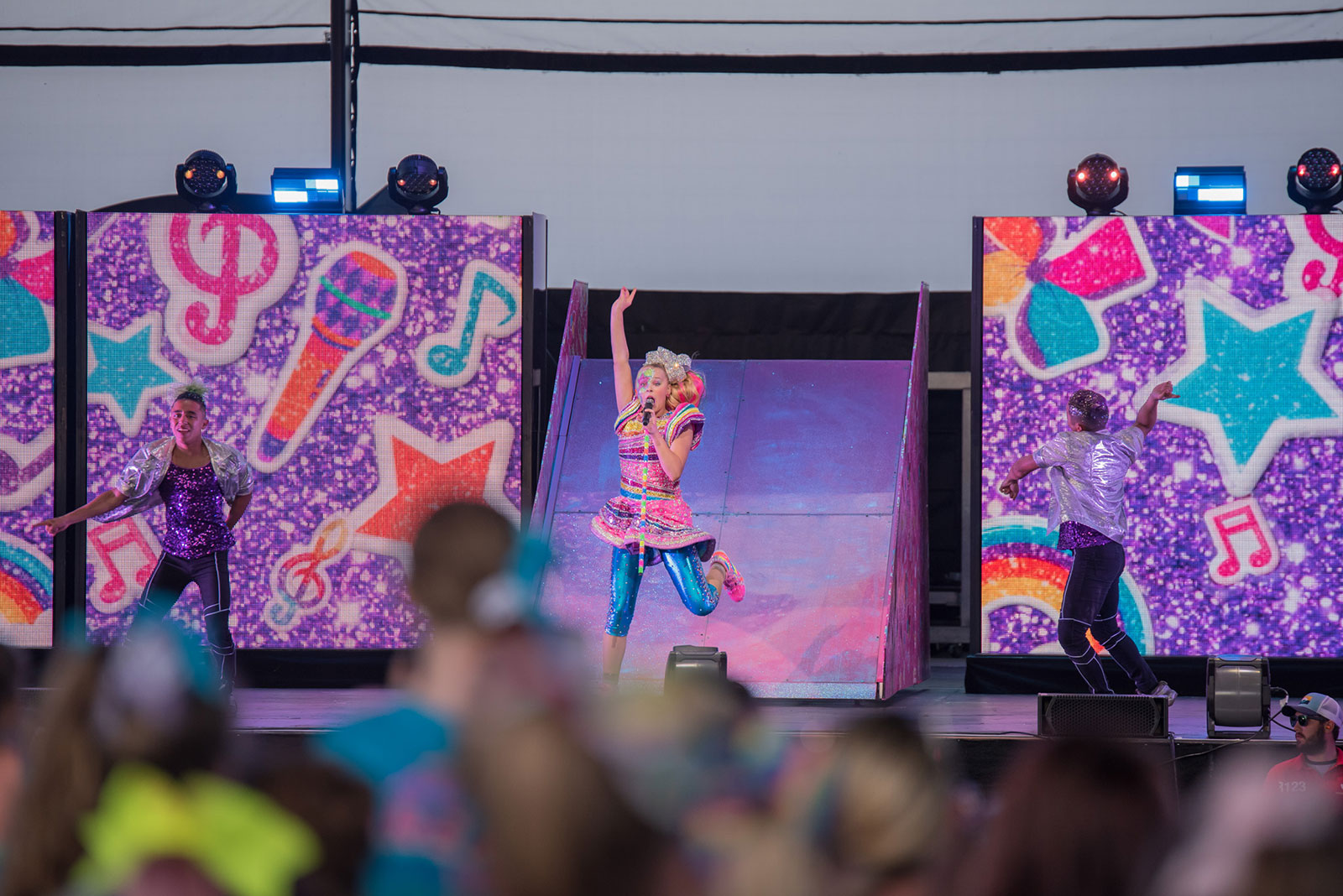 This month in live music: Who's hitting Milwaukee stages in February

Rapper Future is coming to Fiserv Forum in March