Why are so many Wisconsin dogs rescued from the South?

Experts and animal enthusiasts speculate the reason that Wisconsin has a surplus of rescues is because - generally speaking - attitudes towards pets are different here. But there are other reasons, too.

In honor of National Dog Day, enjoy this pup-tacular rerun from the OnMilwaukee archives!

Anyone familiar with the local dog community knows there is an abundance of pups in Wisconsin who were rescued from southern states like Texas, Florida, Tennessee and Alabama – just to name a few. This leads to the question: Why are so many dogs rescued in one state, but then transported to Wisconsin for adoption?

Experts and animal enthusiasts speculate some of the reasons why Wisconsin is home to a surplus of rescues is because, generally speaking, attitudes towards pets are different here. In Midwest culture, dogs are more often than not viewed and treated as family members. Of course, there are many loving and responsible dog owners in the South, but there are many who are not.

Glenna Tucker operates Sweetpups, a rescue and sanctuary in Winnie, Texas, and she has taken in thousands of ailing and abandoned dogs over the past decade. She then nurses them back to health and then transports the pups to rescues in Wisconsin.

"The situation is bad here – you’d probably think I was making these stories up, but I’m not. It’s common here for people to throw a litter of puppies into a garbage can like they’re disposable diapers," says Tucker. "We get emails every day. Yesterday we found out about 20 dogs living about five miles from here whose owner has been gone for more than two months and a neighbor finally contacted us. Some of the dogs died, and the others are emaciated."

"We have euthanasia rates of 80 to 85 percent here. Wisconsin is filled with people who want to help because they know what’s going on in Texas where dogs are looked at like property not pets," says Tucker. 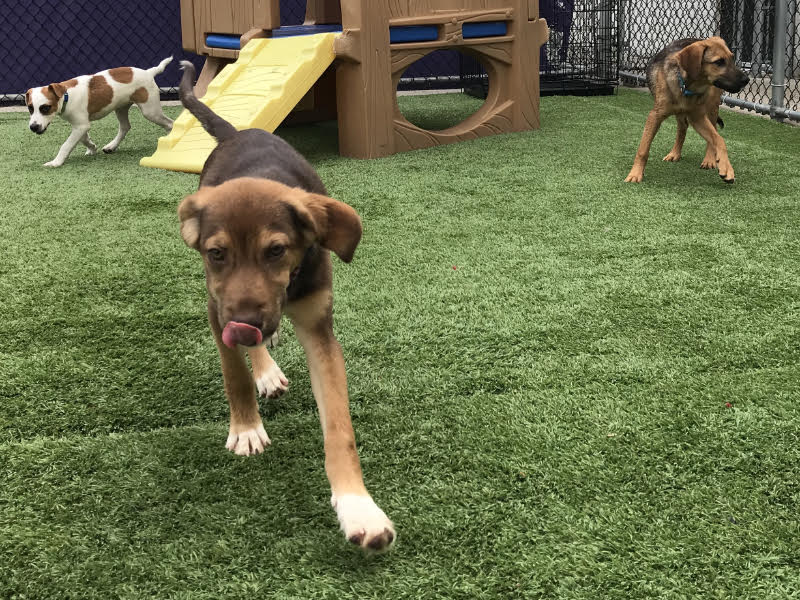 Wisconsin also maintains a strong reputation as a safe haven for rescued dogs because it harbors strict rules about importing dogs from other states, requiring them to be in good health. (Currently, there is a state-wide controversy as to whether dogs should be tested for a bacterial infection called brucellosis.)

According to Leeann Duwe, public information officer for the Wisconsin Department of Agriculture, Trade and Consumerism, it’s not possible to determine the exact number of rescues in the state because breeders and rescues are combined on the same list.

"We have a list of dog sellers and breeders who are licensed by us on our website (but) our system does not categorize which ones are a rescue," says Duwe.

Anecdotally, however, rescue owners confirm that there are many. "When I started my rescue, there were not many rescues. It seems as though every week there’s a new one. I always hope it’s for the best of intentions," says Pewaukee's Caryn Buege, who started Operation Bring Animals Home (OBAH) in 2005 following Hurricane Katrina in New Orleans.

"Wisconsin is known throughout the country as a state with many rescues," says Whitney, who also owns Central Bark Daycare in Brookfield. "I have relationships with numerous rescues in the South and receive almost all of my dogs from that part of the country." 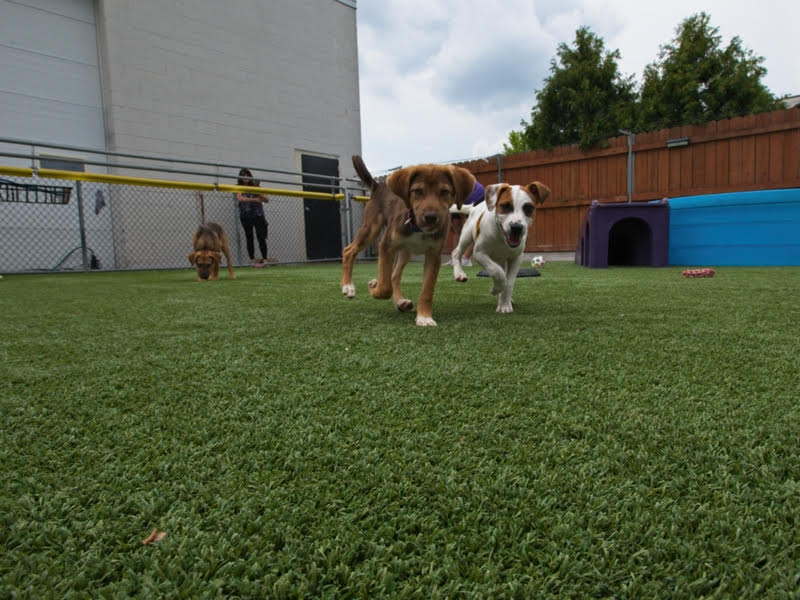 The Midwest states have a deep commitment to sterilizing animals, whereas other parts of the country do not. This has led to overpopulation in many places that has overwhelmed southern-based shelters – another reason why they need help from Wisconsin.

"Pet overpopulation in many southern states is significantly greater than in Wisconsin largely due to the practice of spay/neuter being slower to take root," says Angela Speed from the Wisconsin Humane Society (WHS).

In 2004, WHS became the first destination shelter in the country as part of the PetSmart Rescue Waggin’ program, which saved dogs from overcrowded facilities in southern states. Today, according to Speed, WHS continues to work with southern partners whose resources cannot support the sheer volume of puppies and dogs coming through their doors.

"Milwaukeeans should be proud that since the mid-1970s, we’ve been practicing spay/neuter to lower overpopulation in our community. And it’s worked," Speed says. "Although there are still pockets in the Milwaukee community where dog overpopulation is still a problem, our community has the capacity to save dogs and puppies from outside Wisconsin, both from regular transport programs and also through natural disaster relief efforts." 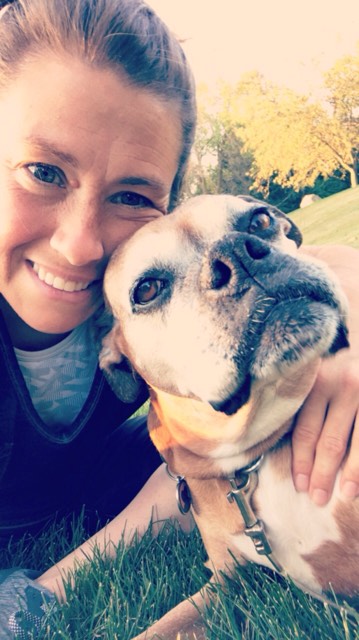 Many Wisconsin rescue workers were inspired to open facilities after traveling to southern states after a hurricane to help with displaced animals. After Hurricane Katrina in 2005, Buege went from Pewaukee to Gulfport, Miss. where she and her small team rescued 135 animals in less than 36 hours.

"After speaking with locals, law enforcement and National Guard, we learned that we were the only animal rescuers they’d seen since the storm hit," says Buege.

Since then, Buege's rescued more than 5,000 animals. She routinely goes on search and rescue missions to the southern states – usually but not always after a hurricane – to rescue animals and bring them back to Wisconsin for adoption. She also works tirelessly to educate people in Wisconsin about the importance of adopting a rescue animal.

"I hugely encourage people to rescue dogs rather than buying them from a breeder. There are places that have euthanized as many as 500 animals per week," says Buege.

Whitney was moved to mobilization after seeing stories on the news about pets who were displaced after Hurricane Harvey ripped through Houston in 2017. She and another Central Bark franchise owner collected pet supplies, rented a truck and drove to Houston.

Whitney, however, was not prepared for what she encountered. While the aftermath of the hurricane was devastating, she also realized many of the dogs had been living in shelters long before the hurricane and had ailments ranging from untreated gunshot wounds to numerous broken bones.

"I knew then that this problem was bigger than the hurricane and I had to do something," says Whitney. "This was a huge problem all year round, not just during hurricane season, and a problem that was occurring in all communities regardless of race or class."

Whitney returned to Milwaukee and started Fairy Tails, Inc. in the fall of 2017. Legal rescues must register as non-profits (501c3), have a board of trustees and obtain, after placing a certain number of animals, a seller’s permit. "There are a lot of hoops to jump through, but it’s worth it," says Whitney. "My dogs are my life and I am doing everything possible to save dogs and find them good forever homes in Wisconsin." 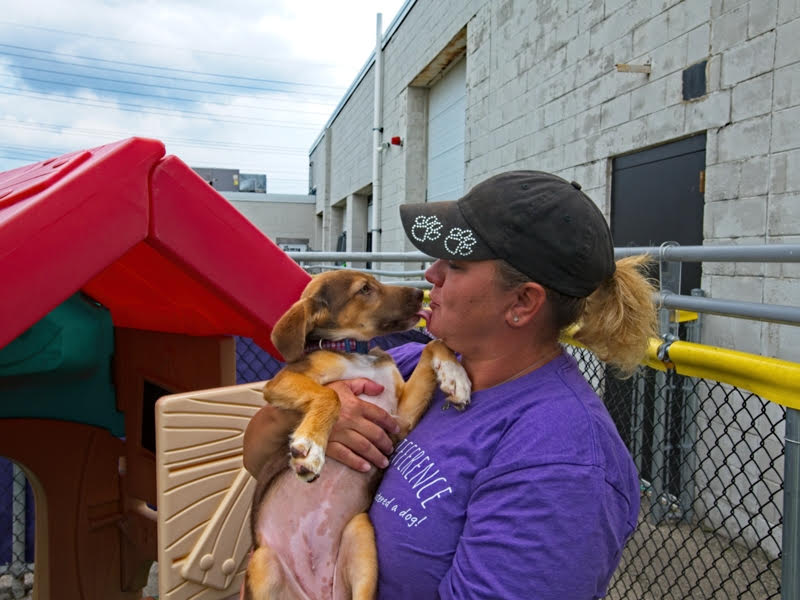 Molly Snyder started writing and publishing her work at the age 10, when her community newspaper printed her poem, "The Unicorn.” Since then, she's expanded beyond the subject of mythical creatures and written in many different mediums but, nearest and dearest to her heart, thousands of articles for OnMilwaukee.

Molly is a regular contributor to FOX6 News and numerous radio stations as well as the co-host of "Dandelions: A Podcast For Women.” She's received five Milwaukee Press Club Awards, served as the Pfister Narrator and is the Wisconsin State Fair’s Celebrity Cream Puff Eating Champion of 2019.

Got Chihuahua? Enter 'em in the Chihuahua Beauty Contest at Taco Fest